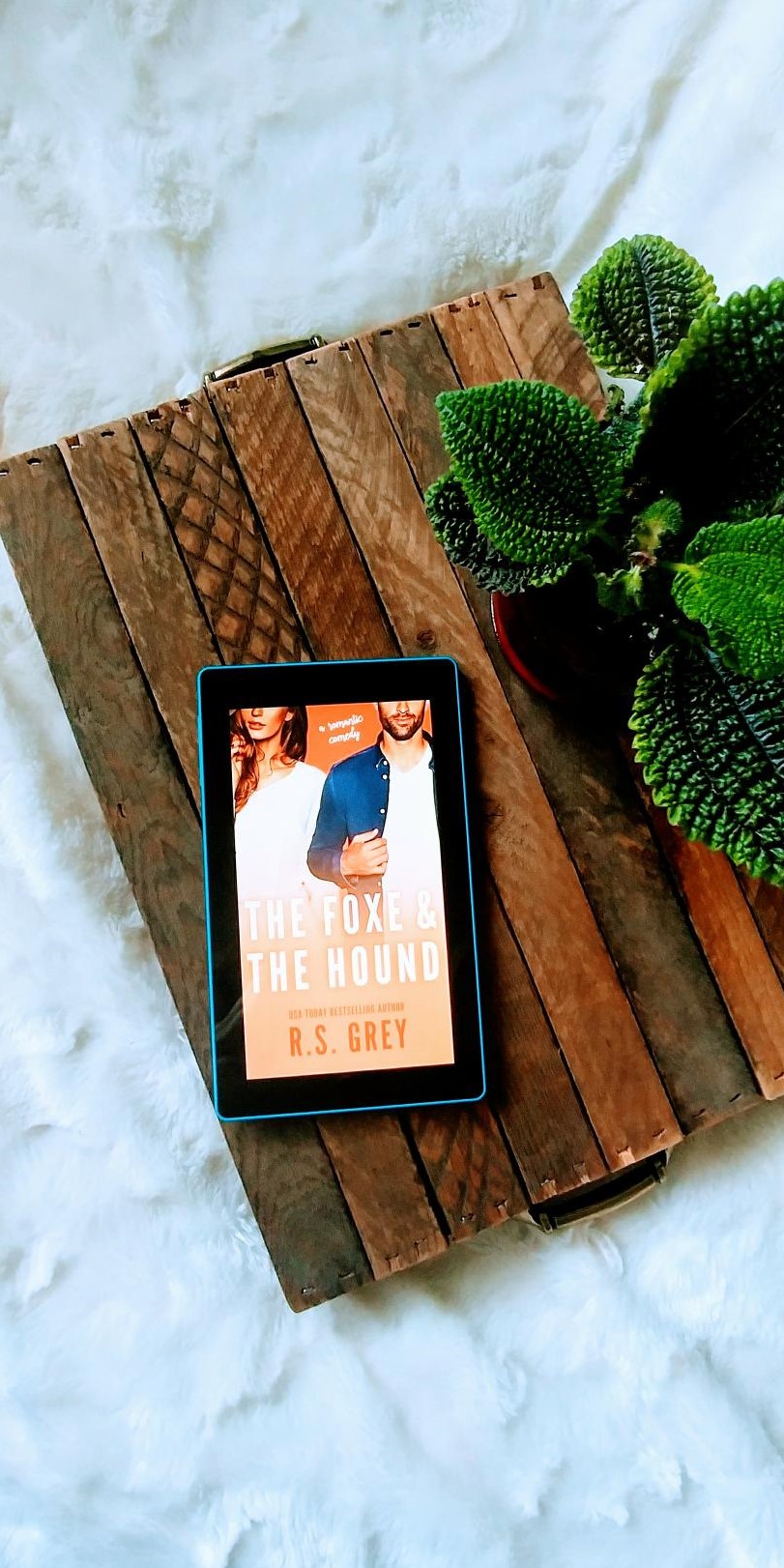 So, since I’m on Instagram a lot I come across a variety of authors that I like to follow and the other day as I was watching an Insta- story of R.S. Grey’s I realized that even though I’ve been following her and her life for awhile now I haven’t actually read any of her books and she’s got fourteen books as well as new one – Arrogant Devil (coming out in May) out!! That’s super impressive!! So I decided to change my status and pick one of her books up and give it a try. I remember briefly seeing that The Foxe and The Hound was a good pick from other people’s reviews so I picked that one. For those that don’t know R.S. Grey’s work, the majority of her books are standalone romantic comedies with a few books that have some overlapping characters.

You can find out more about R.S. Grey’s work here.

When your life is a hot mess at twenty, it’s cute. At twenty-seven… well, not so much.

It’s just that my lofty dreams—making it as a real estate agent, paying rent on time, showering daily—have stayed just that: dreams. Oh, and love? I’ve decided love might be a little ambitious for me at the moment. Instead, I’ve settled for the two guys who will never leave me: Ben & Jerry.

That is until Dr. Adam Foxe takes up residence as the town’s new vet.

With his strong jaw, easy confidence, and form-fitting scrubs, it’s not long before every housewife in Hamilton is dragging neglected tomcats in for weekly checkups.

Like everyone else, I’m intrigued. Even after I spoil my chance at a good first impression, he still offers me a proposition I can’t refuse: play his girlfriend at a family function and he’ll hire me as his real estate agent. Welcome to love in the 21st century.

It’s too bad I underestimated Adam’s irresistible charm and the undeniable attraction that burns between us. The day he pins me to the wall and silences me with a kiss, the line between reality and ruse begins to blur. Every teasing touch brings me to my knees. Every kiss promises more.

It looks like my hot mess of a life is about to get a little hotter.

I wasn’t sure what to expect going into this, I didn’t even read the synopsis before I started! BUT I’m so so so happy I gave it a chance. I was so pleasantly drawn in to Grey’s fun romantic comedy and easy- going writing. Sometimes you just need a fun rom- com and this was just that. It was funny…I actually laughed out loud at a few scenes or lines. The romance was goood, a slow-burning page turner until the very end.

I found the main character, Madeline Thatcher to be SUPER relatable. Well, other than the fact that I’m not single but we’re around the same age and have similar thoughts as to where we are in life. She’s clumsy and sarcastic and half of the time speaks what she thinks and the other half is left in her head for us to see. But she’s a character that I would definitely want to be friends with. Especially because she loves dogs and accidentally adopted a Bernese Mountain dog… which, GET THIS, she names Mouse. LOVE IT.

I realllllly enjoyed the romance in this story. Just a heads up – this is rated Adult, 17+, which I agree with. It doesn’t take too long to get into the romance and essentially it’s all Madeline and Adam’s banter, so to speak, haha.

I was thinking this might be a critique but now I’m not so sure. When I was reading, I had gotten annoyed with Adam and how indecisive he was in relation to feelings with Madeline but in reality, given the circumstance he was acting like anyone would so really he’s just human and reflecting on it more I think his indecisiveness really made him more human to me because as most of us know, in the heat of a moment, you’re not thinking rationally and you often say things and then do the complete opposite. We are funny creatures. I liked that Grey played around with this aspect and Adam wasn’t just black and white.

I LOVE that there were dogs in this story. I love reading about characters caring for their companions. Not to mention that hot Adam Foxe is a vet, so that’s a bonus! (However, we don’t really focus that much on Adam’s profession…I guess his other attributes are far more important for this story  😉 ) But Mouse was a super cute addition to the story that really pulled Madeline and Adam together…in more ways than one!

YES! If you want to laugh and be in a good, fun mood, READ THIS! If you love romance in general then this will be up your alley, just remember that it is rated 17+ so there’s definitely more mature content included, it’s not, for lack of a better term, vanilla. VERY SPICY. So good to sink your teeth into, haha. If you check it out or have read it, let me know what you think!

P.S. There is some character overlap from another story Grey wrote before this one so if you prefer to read that one first it’s called Anything You Can Do, although both are technically standalones, however given the choice I probably would have read that one first just because…I’m one of those, haha.

2 thoughts on “Paper Dreams Review on The Foxe and The Hound by R.S. Grey”