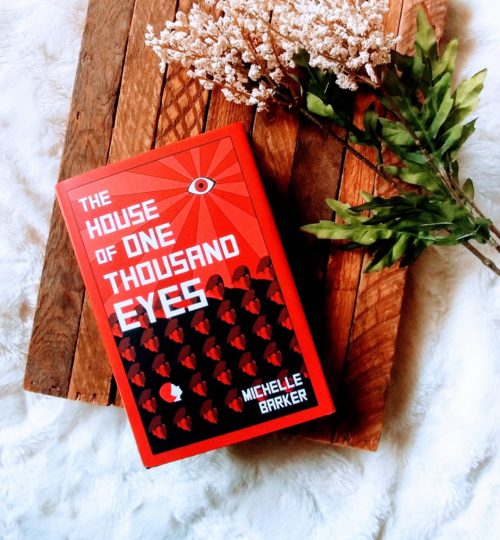 Who can Lena trust to help her find out the truth? Life in East Germany in the early 1980’s is not easy for most people, but for Lena, it’s particularly hard. After the death of her parents in a factory explosion and time spent in a psychiatric hospital recovering from the trauma, she is sent to live with her stern aunt, a devoted member of the ruling Communist Party. Visits with her beloved Uncle Erich, a best-selling author, are her only respite. But one night, her uncle disappears without a trace. Gone also are all his belongings, his books, and even his birth records. Lena is desperate to know what happened to him, but it’s as if he never existed. The worst thing, however, is that she cannot discuss her uncle or her attempts to find him with anyone, not even her best friends. There are government spies everywhere. But Lena is unafraid and refuses to give up her search, regardless of the consequences. This searing novel about defiance, courage, and determination takes readers into the chilling world of a society ruled by autocratic despots, where nothing is what it seems.

I will admit firsthand that I don’t have a lot of knowledge about Germany in the 80’s especially to do with Berlin and the Berlin Wall (which is where this is set). Barker did an amazing job of writing the scenery and really making you feel like you were there and could imagine the immense wall and what it felt like to be behind it. I was immediately hooked after the first chapter because I was interested in the history components as well as the story.

Poor Lena. This girl – my heart goes out to her. I think as a writer you always want what’s best for your character, you want them to be happy but in reality we, as readers don’t usually want to read a book with characters that have no issues (otherwise where’s the drama?), we want to read about the trials and tribulations that a character has to go through because that’s much like our own lives. Lena is no exception. She has quite a few trials and tribulations she’s put through and it really made my heart ache for her. Despite every situation, she’s strong and works her way through things the best way she can.

During the first few chapters I was a little agitated with her character – like come on, do something! But as the story progressed and Lena came out of her shell I sympathized heavily and came to love her and my heart broke for her again and again.

There were a few scenes that were hard to read and that’s why I think it’s important to mention that there is some sexual abuse and it could be a trigger. Barker doesn’t write explicit content but it will still make you cringe. Even though it’s hard to read and your imagination runs away with it, I appreciated how she managed to write those scenes without supplying a lot of detail.

One of my favourite things – story progression

The progression of the story always interested me. It started off a bit slower as Lena is figuring things out but as time goes on things are moving faster and more secrets come loose. This was one of my favourite things about this book and how it kept me hooked – things were never as they seemed and surprises just kept coming and coming- the pace of it all weaved together was nicely done. There were a few ah- ha moments that I really enjoyed as a reader.

One of the hardest things

I think as a writer you can’t always give the reader what they want or else it may be too predictable and not true to the character of a character. The ending really got me on this one – I was mad (as a reader) but came to understand it (as a writer) and the flurry of emotions in the last few pages really got to me – as in my heart basically leaped out of my chest in protest and then finally admitted defeat and settled down.

One of the most shocking things

One of the most shocking things that struck me was the whole scenario of Lena’s Uncle Erich’s disappearance. The whole ordeal of it was very extraneous and required a lot of attention to detail. The fact that these kind of things were real and did happen to real people at this time really struck me and is still bothering me. I cannot fathom the amount of ‘evil’ that would be in your heart to do something like this. It really would make you think you’re crazy too, as Lena seems to think she may be. I cannot imagine real people coming home or visiting family or friends to find out that they have vanished without a trace as if they had not existed at all. The amount of control that the Stasi had on these people is unreal and really sickening. My heart goes out to all the people who had to endure the pain and hide their thoughts about what really happened because surely when you began to inquire – you might’ve very well disappeared too.

Yes. This story was heart-wrenching, fascinating, infuriating and very exceptional. I would recommend to anyone who is interested in German history and a slow burn kind of novel with amazing character development and a determined female heroine. Again, there are scenes of sexual abuse and some crude language but I would rate it as PG-15 (is that a thing? doesn’t matter it is now). The House of One Thousand Eyes is released on September 11, 2018!