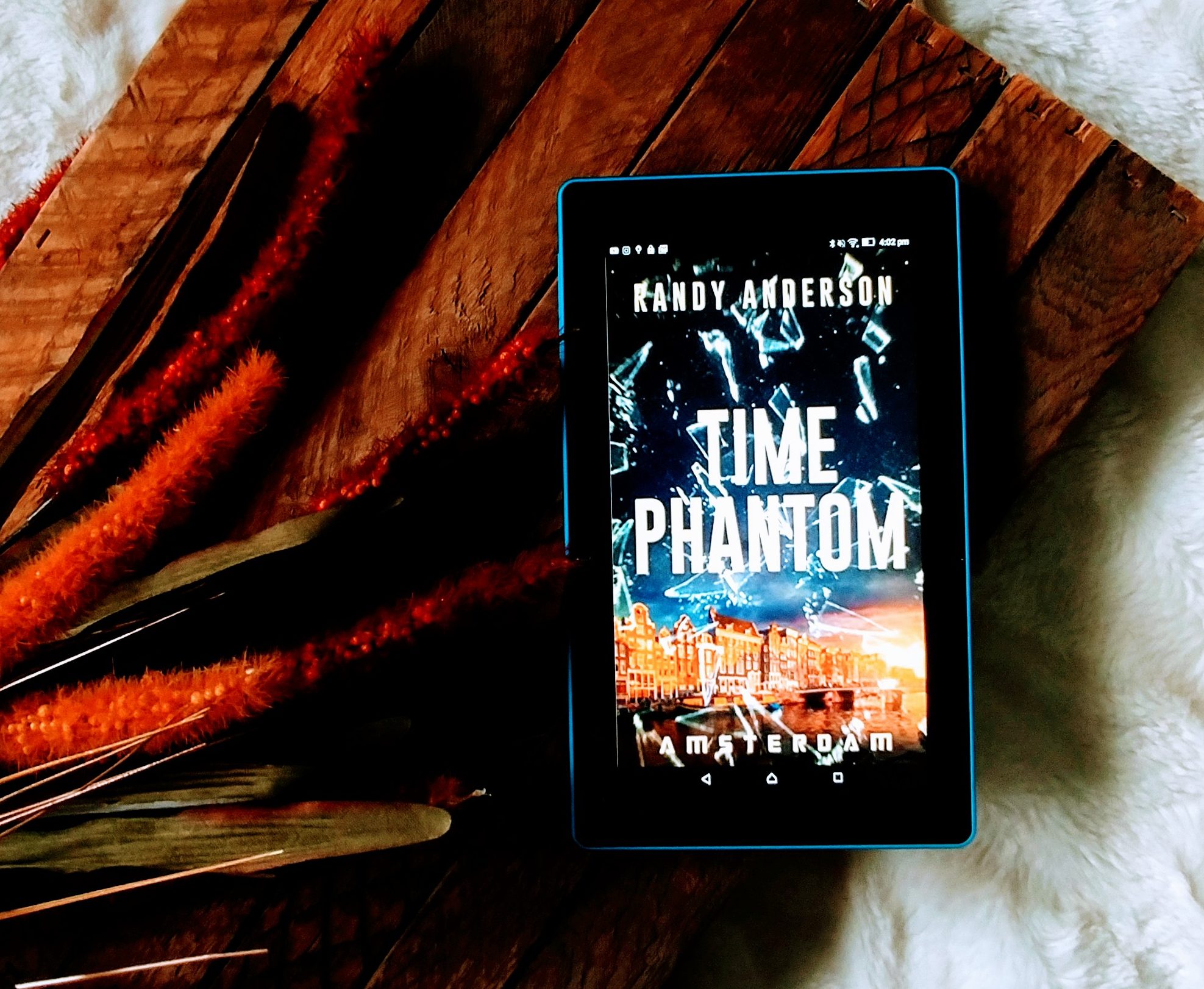 I received an e-book of Time Phantom: Amsterdam by Randy Anderson from Netgalley in exchange for an honest review. It’s a story about a 50 year old recently divorced Dane and his crazy introduction to time travel and the many trials and errors of figuring it out! I’d rate it as a 16+.

On his 50th birthday, recently divorced male model Dane Vanderbrouk is struck by a peculiar affliction: if he remains still for too long, he falls back in time. If he moves too fast, he’ll travel forward.

Pursued relentlessly by an assassin from the future through the narrow streets of Amsterdam, Dane is thrust into a war where shaping the future means changing the past. But changing history is difficult business for a time traveler. Every jump in time erases every previous action.

With fast paced action, unexpected twists, and an eclectic cast of characters – Time Phantom will pull you into a world where impressions matter but only actions of consequence can change the future.

Time travel has a new speed, catapulting the adventure novel into an exciting new series.

I LOVE time travel stories and was really intrigued by the synopsis however getting into the first bit of this time travel was a bit confusing. You kind of get lost in figuring it out as Dane, the main character is trying to figure it out himself. I was also not a huge fan of Dane. I wanted to like him but I felt like he was very immature and that his characterization was not always true.

This story was unique because of the way the time travel occurred. It was all dependent on how fast or slow Dane was moving, having to keep that in mind with whatever he’s doing. So, for example, if he’s running at a certain pace for so long he’s going to jump forward but if he sits still for a certain amount of time he will jump back in the past. Another cool dynamic – sitting still in a moving object – huge time jump into the future! This was definitely my favorite dynamic of the story.

There were a lot of different characters introduced throughout the novel. I already mentioned that I wasn’t a huge fan of Dane – the MC for a variety of reasons, however I will note that I appreciated he had flaws and that he acknowledges them after something goes awry due to his own actions – which does lend some comedic relief. I think Pasha – a character that comes in the 2nd part of the story may be whom I relate to the most as I really liked how she made a huge sacrifice for the future and her family but then later acknowledged it and felt remorseful and that to me felt soooo real – so human because we can all do something for the greater good and are expected to feel selfless without further reflection but really – secretly dread our own uncertainty that it was the right choice.

There’s also Natali – a prostitute in Amsterdam, Cooper – a 20 something kid from the U.S. on a fun trip to Amsterdam, Talin – a weird but helpful kid with a houseboat. Also Agent Charles – an assassin from the future who always seems to be lurking nearby despite all the time jumps!

I think what really lacked for me was the dialogue between any number of the characters. It just felt off. And I don’t mean to be mean because nailing dialogue is no easy feat but for me, the glances, the way things are said, whats left unspoken but reflected in actions within a segment and the underlying currents that are present are what really draw me into a story. The plot was really cool and I was definitely into it but the execution between the characters to make the story flow was what needed some more work.

The future is now

Nice work on the details of what a future New York could look like and the attention to history. Adding in historical facts and taking away particular ones due to cause and effect of a time jump was good attention to detail and added something else unique to the story.

So it wasn’t my favorite novel but I’ve read quite a few reviews of people loving it so maybe they’re seeing something I’m not. If you want to give it a go, then give it a go is all I’ve got to say. There is a sequel to this book too called Time Phantom: Copenhagen. I don’t think I will be reading it, at least not in the near future but I am curious as to what comes about. Keep in mind this novel does have sexually suggestive scenes though I don’t believe there was much graphic detail and a few curse words here and there.

Will you be reading it? If so, Happy Reading!