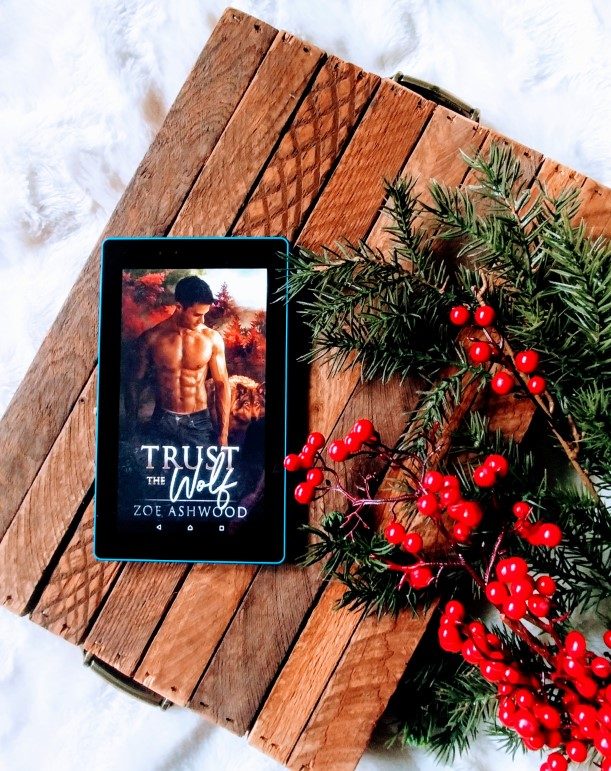 I requested Trust the Wolf by Zoe Ashwood from Zoe herself as I saw on her Instagram that she was looking for reviewers as her debut would be out on January 24th, 2019! She responded quickly and I was sent Trust the Wolf as an e-book to read over the holidays!

Format I read it in: E-book

You never forget your first wolf.

Emilia’s first encounter with Jason is memorable: it’s not every day you see a stranger change into a wolf. Her attraction to him is undeniable, but the secret he shares shakes the foundations of her life.

Jason’s need for Emilia unnerves him. It’s his job to report shifters without proper ID, yet he can’t make himself do it this time. The decision bites him in the tail when he discovers exactly who she is. He must keep his distance—or there will be hell to pay.

Their fates entwine when rogue shifters learn of Emilia’s identity and will stop at nothing to get to her. Emilia and Jason will have to fight together or risk losing everything.

But most of all? Emilia must learn to trust the wolf.

I loved that the two main characters met almost instantly. They had a fun connection although knowing how serious Jason was about his job it seemed a little weird that he would shift to his wolf form right in front of Emilia for the first time. However, it shocked her and basically split her life in two and that’s how the adventure begins.

The story is told from Emilia and Jason’s perspective. I’m usually a fan of this and this time it worked well too. There was also some fun good banter between the two of them and it’s always interesting for the reader to know why a character would say or do something when the character who hears it or sees it doesn’t understand, as if you (the reader) are in on the secret too.

The shifter magic was talked about a little bit as the focus was heavily on Jason and Emilia’s relationship with each other so I feel that I didn’t get a strong sense of how it worked other than the political side of things as Jason’s job is to work with the council that governs all the shifters. The shifting seems to happen fast, like suddenly you’re a human but poof! now you’re a wolf, which is fine. Your clothes end up on the floor and when you shift back you’re naked so I do appreciate those details. However, what about things like – Does it hurt to shift? Are you sore after you shift back? Do you take on tendencies of the animal you are as a human? What if you get pregnant as your animal, would you have a fur baby? You may laugh but these are questions I have! Inquiring minds would like to know, lol.

I don’t know if I liked one character more than the other on this one. I think I liked them both equally. They were both strong minded and voiced their opinion. They were quick to be angry and acted kind of rash.

Also, a club that Jason and Emilia go to is specific for shifters so imagine seeing all these dangerous and exotic animals dancing and grinding. I thought that was a fun scene to add! Also, clothing optional if you’re human  😉