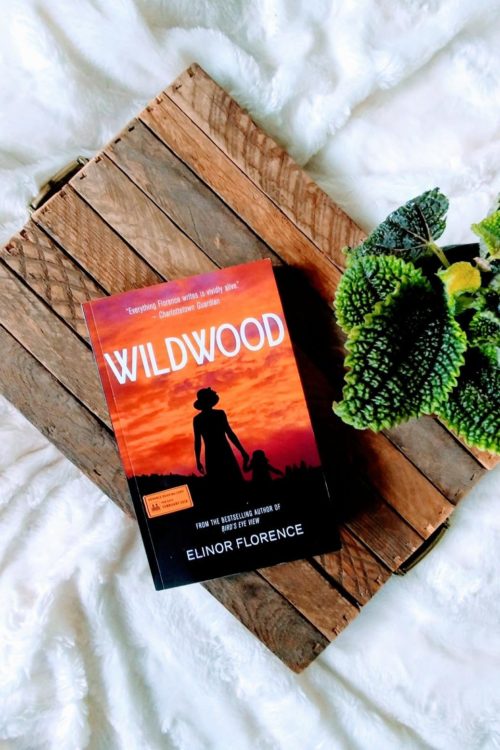 Hey all, I had the pleasure to interview author, Elinor Florence after I read her latest novel, Wildwood that I was sent by Dundurn Press. I emailed her some questions about her book as well as some questions on writing and she was kind enough to get back to me very quickly with her answers, so without further ado…

What sparked the idea for you to write Wildwood?

There’s been a lot of talk lately about living off the grid, and I wondered how a young woman from the city would cope if she were forced to live without technology, and how she would adapt to the physical hardship, and the isolation. To create contrast, I had my character Molly come from the hottest city in the United States and move to one of the coldest inhabited areas of Canada.

Who was your inspiration for Molly’s character?

I read a lot of pioneer memoirs written by women during my research, and I was inspired by their courage and their determination – and above all, their sense of humour. Some women were defeated by the wilderness, while others just seemed to thrive in an environment without any gender or class restrictions.

Had you intended this to be a strong female lead cast from the beginning or did it just flow as you began to write?

Molly wasn’t particularly strong to begin with, either physically or emotionally, and she perceived herself as weak and ineffectual, but she gained strength and confidence as she rose to her many challenges. These ranged from baking a pie in a wood stove, to facing down a grizzly bear!

Did you model Bridget after anyone?

I raised three daughters so I understand girls very well. My children were precocious little darlings, and a lot of the funny things Bridget says in the book were real anecdotes that I had written down when my own children said them.

The bond between Molly and Bridget is so precious and becomes even more so at Wildwood, where did you find inspiration for their relationship?

I was a single mother for several years, and I know from experience about the close bond that develops between a mother and child when there is no other parent on the scene.

What was your favourite scene to write?

Since I’m passionately fond of old houses, I loved describing the arts and crafts features of the old foursquare farmhouse, and all the beautiful things she finds in the house – old china, jewellery, clothing, and books.

What was the most difficult scene to write?

The scene where Molly and Bridget almost die in a blizzard was the most emotional for me. Since I grew up on a farm in Saskatchewan, I know the fury of a winter snowstorm, and I personally experienced a couple of close brushes with death on rural back roads.

Do you see yourself or some part of yourself in Molly?

I like to think I would have made a good pioneer. I hope all women see something of themselves in Molly, and remember certain incidents and experiences in their lives that made them stronger.

What made you include Molly’s great–aunt’s story too?

Molly was alone in the world, except for Bridget. I wanted her to have a spirit guide, in the form of her great-aunt’s journal. Although they were separated by almost 100 years, the two women were kindred spirits. I also wanted the reader to see the great contrast between the early days of homesteading, and today’s modern farming lifestyle.

Do you think you might write a sequel? (I would love to read about Bridget growing up or a story from her perspective)

You are not the first person to ask about a sequel! Part of me would love to follow the journey of both Bridget and her friend Wynona toward womanhood. I would also love to write about restoring the old farmhouse to its former glory. I’ll have to wait and see!

Now, some questions about writing…

What was an early experience where you learned that language had power?

I have loved language as long as I can remember. Since there was no TV on the farm where I grew up, my mother taught me to read and write when I was four years old. It wasn’t long before I became the world’s biggest bookworm, and my weekly visit to the public library was the highlight of my existence.

What kind of research do you do, and how long do you spend researching before beginning a book?

I was a non-fiction writer first, so I am accustomed to doing research. Before writing Wildwood, I spent one year reading 35 books of pioneer memoirs. I also took a trip to the Peace River country and drove around in my truck, visiting pioneer museums and taking notes and photographs. There’s a very real danger in becoming so immersed in research that you never want to start writing!

How did publishing your first book change your process of writing?

My first novel Bird’s Eye View, about a Saskatchewan farm girl who joins the royal Canadian Air Force and becomes an interpreter of aerial photographs, took 10 years to research and write, although that was intermittent since I was still working and raising children. This time around, I was able to devote myself to Wildwood, so the process took only two years instead of 10.

Does writing energize or exhaust you?

Neither – I would say that a full day of writing creates a pleasant sense of accomplishment.

Are you a morning, afternoon or evening writer?

I like to settle down to writing around 9 a.m. and work for five or six hours, with a break to eat lunch and check my social media. When writing, I am so focussed that the house could burn down around my ears and I wouldn’t notice.

What are common traps for aspiring writers?

Most aspiring writers don’t appreciate how much time it takes to write a book. For about two years, you have no hobbies, no family life, no holidays, and no other real interests, because you have a book swirling around in your head. Most people aren’t prepared to make the sacrifice, and perhaps that’s just as well.

Are you a plotter, pantser or somewhere in between?

Definitely a plotter! I have lists and spreadsheets and calendars on my computer, and a whole tabletop filled with yellow sticky notes to keep myself on track!

Do you have a favourite book about writing?

There’s a danger in reading too many books about writing, because then you will never get down to write. But I would say the two books that were the most encouraging for me were Bird by Bird, by Annie Lamott; and On Writing, by Stephen King.

What is your favourite book or books?

My earliest favourites were anything by Lucy Maud Montgomery, especially Emily of New Moon because Emily wanted to become a writer. I’m a big fan of Nevil Shute because his books make me cry, and Marian Keyes because her books make me laugh.

Any advice for an aspiring writer?

Many people have writing talent – I don’t think it is such a rare quality – and many of them also have very creative ideas. What makes the difference between those people and a published author is sheer self-discipline. Follow a schedule and force yourself to do the work. If you continue to find other interests more appealing, you probably aren’t cut out for the writing business.

And, that’s a wrap folks! I hope this inspires you to pick up Wildwood, if you haven’t already and perhaps it has given you some advice towards your own writing, if you are a writer. Please read on for some more information on the lovely Elinor!

Elinor Florence grew up on a farm in Saskatchewan and worked as a newspaper journalist for the next thirty years. She was also a regular writer for Reader’s Digest.

Her first wartime novel called Bird’s Eye View, about a young Canadian woman who joins the air force and becomes an interpreter of aerial photographs, was published by Dundurn Press in 2014 and became a Toronto Star bestseller.