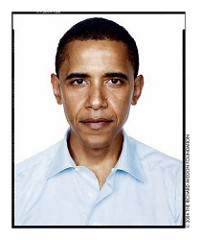 So this article from The Guardian popped up on my newsfeed the other day and I was like- oh hey! This could be interesting. AND IT IS. Check it out here!

What immediately caught my eye was the sentence- “Barack Obama has said that novels taught him “the most important” things he has learned about being a citizen.” Many could probably take this in various ways but since Obama is a man of courage, virtue and all those other things that make a good citizen, I’m gonna go with he probably grew up reading The Hardy Boys (I actually have no idea what he grew up reading but it would be fun to ask him some day).

One part that I thought was interesting  -and I am paraphrasing here- that Obama commented on was that it isn’t that Americans don’t read it’s just that they are using other technological methods and sources to do so. What I find interesting is that when we are in a public area we still associate reading with an actual {hardcover or paperback} book that someone is holding in front of their face for us {a bystander} to acknowledge that they are reading. But of course, everyone around us on the subway, train, the next car over, is on some device that theoretically gives them the world at their fingertips, hence, volumes upon volumes of books compacted nicely in your palm. Someone could be looking at their phone and we automatically think that they are texting or snapchatting but in fact- GOSH, they could be reading. Fancy that. However, I do much prefer a real book to my kindle but that’s just personal preference.

He also mentions that since everyone is now reading their “niche” and reinforcing their point of view that their lacks a phenomenon of a “great set of books” that everyone wants to talk about or has a common reference to. I do disagree with this slightly. I mean, what about Game of Thrones? This series popularity blew up with the first season of its television show; I know a lot of people that bought the books just to find out what happened. Everybody knows the Harry Potter books, it’s fairly rare to find some who doesn’t. And dare I say it, even Twilight had a high peak in teen girls {and boys} lives around the world. I often ask other people what books they were required to read in their High school English classes just to see what they had to read {Lord of the Flies, Romeo and Juliet, Macbeth and To Kill a Mockingbird are a few I read}. There are still common reference points to books.

Now, here are some novels that I read when I was growing up that have taught me some important things about being a citizen {which is also about being a better person, right? I tend to think that they overlap.}

So, what do you think about Obama’s comments? Agree or disagree? Do you have any books that you grew up with that taught you important things about being a citizen? Leave a comment below!

Have a great day!