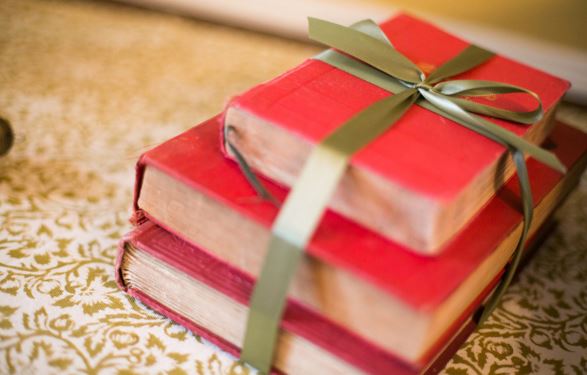 Just browsing through some gift giving ideas and I came across a question that a user posted on The Straight Dope- Fighting Ignorance Since 1973. The user commented that her friend and her friend’s daughter were out gift shopping. The daughter found some books for her little sister but said that she was going to read them before she gave them as a gift. The user was fairly upset about this notion. The book given as a gift should not have its spine cracked until given to the gift receiver. They don’t think this is right. You can follow the thread here.

I’m not sure how I feel about this. In the past when giving a book as a gift, the reason is that I already own and have read that book and I would buy another copy as a suitable gift for someone I know. However, I have also bought books and have thought about reading them first before giving them away..but didn’t. I don’t think its completely selfish, I mean I would want to read the book first so I know that it would be good for that person. However, if you’re just buying the book to read for yourself and then giving it to someone else, is that wrong? It would still technically be a gift would it not? I’m actually pretty conflicted about this! What do you think?

[powr-poll label=”Would you read a book a book you bought for someone as a gift?”]